Over the last 30+ years, we have seen a change from large mainframe computers to more desktop based PC’s, server based systems (large PC’s holding the data) shared by many  PC’s and now the use of web (including Cloud) based systems.
Traditional mainframe programming languages like COBOL have been replaced by small databases, spreadsheets and the word processor.
This has progressed with companies like Microsoft moving to products like Office 365 (as have many others). 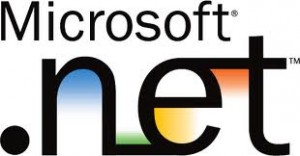 The underlying technology used by many of these companies is the Microsoft .NET framework, basically a set of commands that is installed on PC’s, local servers and web servers. This allows developers to use these building blocks to write systems (in Visual Studio for example) in a common, highly supportable and stable environment.

We have been at the forefront of this technology developing Invoicing systems, client web sites and Cloud based membership systems, our primary languages are VB.NET and we are now moving to C#.
By the time we have written and deployed your programs you only need the compiled code and the .NET Framework (already pre-installed on most Windows PC’s) for the system to work.
The beauty of these systems is that once written it is only a small step to move them from a desktop system to a cloud based one which as your business grows enables your systems to grow without breaking the bank. this includes writing apps to run on the Microsoft Surface tablet PC’s.