reMarkables new tablet is promoted at the best paper tablet on the market, but having looked at it, I personally think it is very overpriced and busying a Apple iPad would probably be a better option.
However, it is a useful addition for the manager or secretary who might need to take notes during a meeting.
See for yourself at the following link.
https://remarkable.com/store/reMarkable-and-marker

This offering from Western Digital, shows a major game changer in the idea of external storage.
This is not a memory stick, it is a SSD external hard drive. Currently 1TB of SSD is around $370 and not available here yet, but soon. As we all know, the size will double over the next few years and I expect by 2020, 4TB will be available.
Much smaller the a WD Book or Cloud Drive this is a game change, more like the size of a memory key.
You cna buy it for around $100 for a 256GB version.
See https://www.wdc.com/products/portable-storage/my-passport-ssd.html?cid=wdstoreUS:email:mpssd:shopnow2:na:das:mpssd&mkt_tok=eyJpIjoiTWpVM05qSmpaakZtWm1WayIsInQiOiIxdFVuMnhnQk1PNjRMaXlUNlVETDVCQnBSZlJCakJcL0hobFBMWG9nbWVaRUxud25cL3l2ZU9lM21sMDhkUW5RckFcL211WGF0UVhQeXBmN1o0N2ZXMXdxblJsdkZXTUM3VXJBZzJ1Vm56em1WYmFxRnRrbnBoNFwvZU50UmROOFNJWXAifQ%3D%3D  for more info

Just a reminder that you do need to backup your data.
These days you can purchase a 4GB external drive for around £130. You can even use Cloud storage.
If you lose your PC or get a virus that fry’s your PC you can replace it, but those photos, accounts, word documents are lost for good.
Need help give us a call.

I got a call from a client who had purchased a cheap MP3 player to plug into a kiddies car. He could not get it to work.
I got there, plugged in a headphone so I could hear it and plugged it into a PC and that saw it.
After a few minutes of prodding, I got something out of it. Bemused I looked for a manual, none (cheap import). So scratched my head. Then I saw a slight glow coming from the device, at this point I realised that the fake screen on the cheap import was actually a peel off vinyl label that was designed to look like a screen.
Peeled it off and there was a 1-inch display, thankfully in English.
Job done, simple solution

Recently one of my clients asked me about a possible upgrade on his PC.
He had been quoted around £150 to put 12GB of memory into his computer.
I went and had a look and found which chips he needed and we managed to find a deal on Amazon for £75 for 4x4GB chips a total of 16GB.
He ordered them and I said give me a call when they come and I will put them in.
A week later I had not heard from him and then I got a call. He had tried to put them in by himself; now the computer did not work at all. He explained that he had tried 2 chips but only 4GB showed on his computer, then he put his old chips back and now nothing.
I dutifully turned up to have a look.
The first thing when dealing with the inside of a PC is to have a grounding strap to stop static electricity destroying the chips or your PC. He had missed this.
When I reached in to check the chips he had put back, the chips fell out, they had not been pushed in correctly; you have to be quite firm pressing them in and have them the right way round, or you could damage the chip, the socket or even the motherboard.
I removed all the chips and added the new chips correctly, with a satisfying click as they slotted in. He know has 20GB, 16GB of new chips plus 2 of the old 2GB chips in the remaining sockets.
The moral here is to give us a call and let the professionals fit them. We have the kit and the know-how.

Once again I hear from some of my customers that someone has called them from Windows Support and that my client’s computer has a problem.
Firstly all Windows PC’s have a problem, so do Apple, so does your mobile phone. Any computing device that has software on it, plus downloaded patches etc eventually has conflicts or mismatched software. It’s a way of life and most people do not even notice.
Secondly and most importantly Windows Support is not Microsoft and is a con!!!
They contact you to tell you that you have a problem, they then get you to download a piece of software to help them fix the problem, you give them a code number and then they have full access to your computer.
You the user have just given them full access to your computer and they have no intention of fixing any problems.
The best thing is to either just hang up or if you are bold enough get a contact name and telephone number, then pass this to the Sussex Police Cyber Crime unit.
If you think you have a problem anyway, why not give us a call and we will come and take a look for you at a reasonable rate.

Google have announced that they are stopping production of there flag ship product.
They say this is not the end but they will need to rethink the product, and I believe the pricing. Currently priced at around £1000 when the parts only cost less than a £100 seems rather a big profit margin.

The quality of the result also needs to be improved. From my experience it just did not make the grade.
I do think though that the idea was a good one and I genuinely hope they go away and come up with version 2, better quality and a better pricing structure. I would pay between £150 and £200 but not the massive £1000 they were after.

Watch out for the Windows Technical Support Scam; This is doing the rounds again.
Basically someone rings you up and tells you that you have a problem on your computer (everyone does by the way). After a lot of talking and showing you that you have an error (they are not really; and certainly not important). They ask you to go to a web site and download some software, then they ask you for a key code.
DO NOT DO THIS!!!!, the software allows anyone with the correct key code access to your PC and they then have full remote access to your computer and all the files on it. They can install viruses and other malware and basically you are screwed.
Try and get as much information about them as possible (Name, contact info etc) and report it to the police. You can do this via the Sussex (or your local) Police web site. Don’t expect much back from them but it ups the statistics and they can use this to get support for the cyber crime division.
If you do fall for it, they pull your internet lead out of the PC or turn off your PC and give me a call, I should be able to fix it.

This last weekend I tried a set of Google Glass. First impressions is that they are comfortable and do not interfere with your vision.

While I can see that they will have a place, I was not that impressed with the amount of screen I seemed to have displayed. This could have been because of the setup of the device and may have needed customising more for my head!. 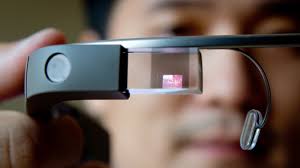 While a nice toy! I think until practical applications that use it more than showing the road ahead and overlaying it, it will be considered a ‘I want one of those’ devices and at £1000 for the initial version, this should drop when they go on general sale, I do not think I would pay more than £200 for a set. A possible practical application would be; your car service manual, and when you look at the car, you could overlay the schematics or instructions to do some minor service function. Any more bright idea’s?
Like all new idea’s I think I will be waiting for Google Glass 1.1 or 2.0.